This rig was originally based around the Aryton CosmoPix which I thought was a good choice for a band like SCI but I attempted to keep the beams as  symmetrical as much as possible which I found to be a lot more difficult then I expected.  The fixture has a bunch of LED nodes on it but none of them are in the exact center of the rotation axis so you end up with beams that all look slightly off axis.  The other concept in this design is the Upstaging designed moving mirror fixture.  It was a Mac 700 base with a mirror on two sides, one flat and one beveled.  The sharpies would bounce off the mirrors and this combination of source angles and bounce angles led to a large combination of total positions. In addition this design included the Upstaging Saber which was a video and DMX fixture that we sent a video signal out of our GrandMA VPU into a Brompton server. 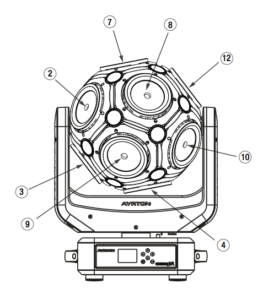 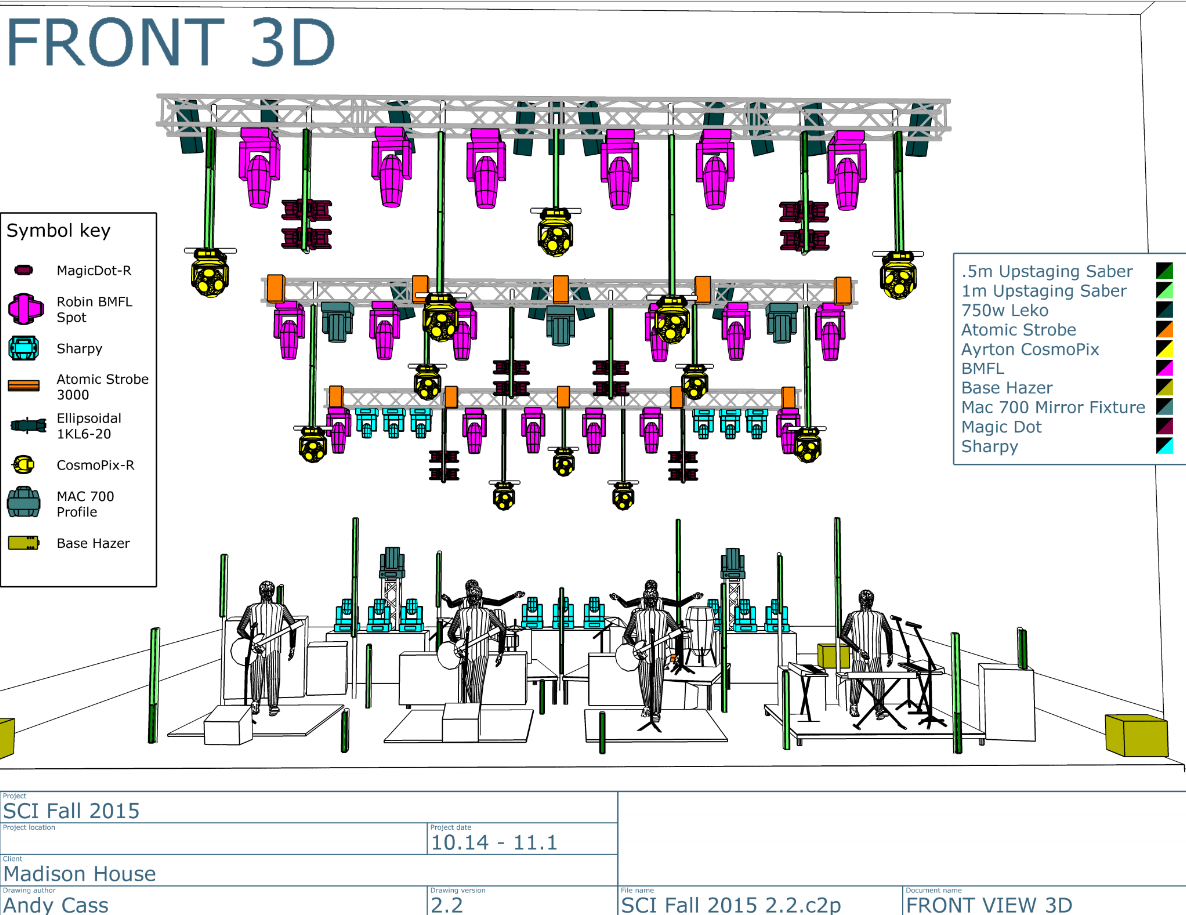 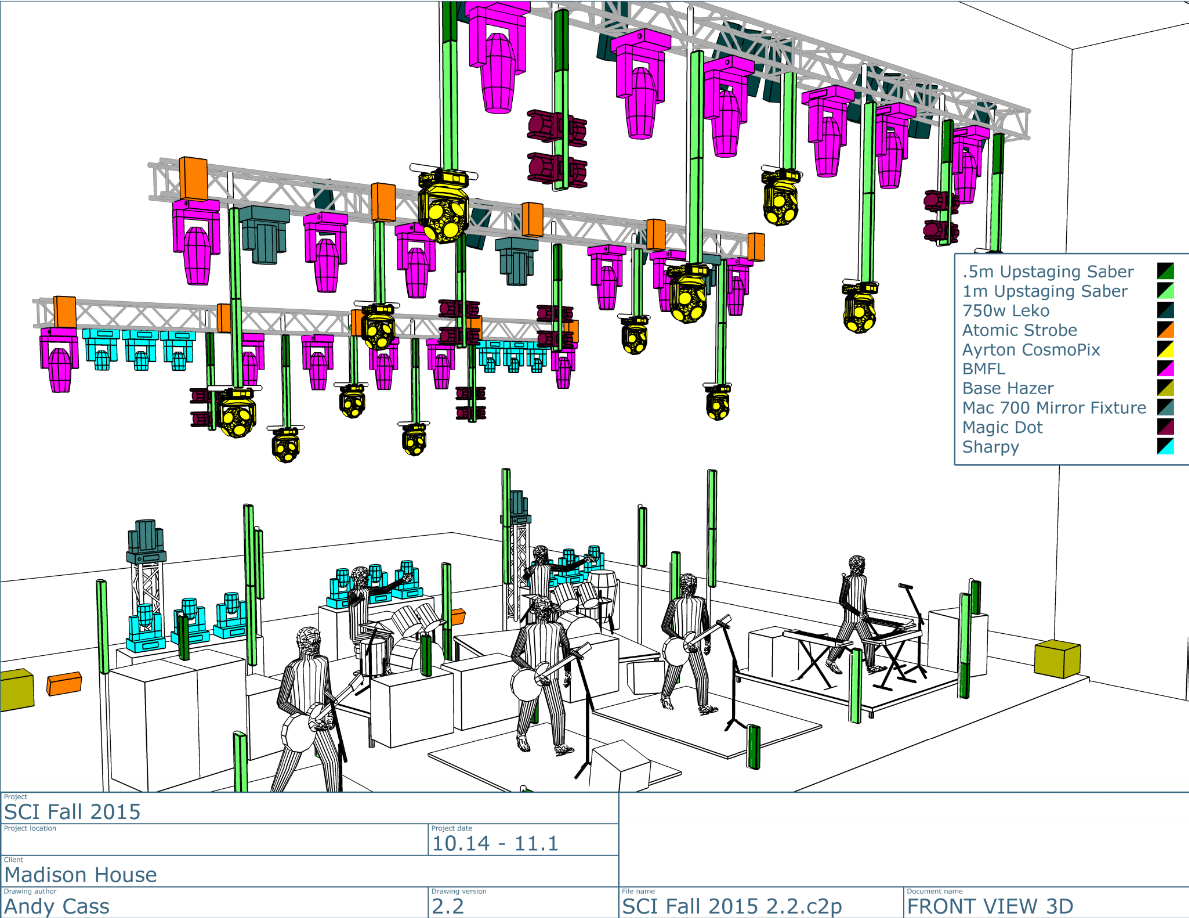 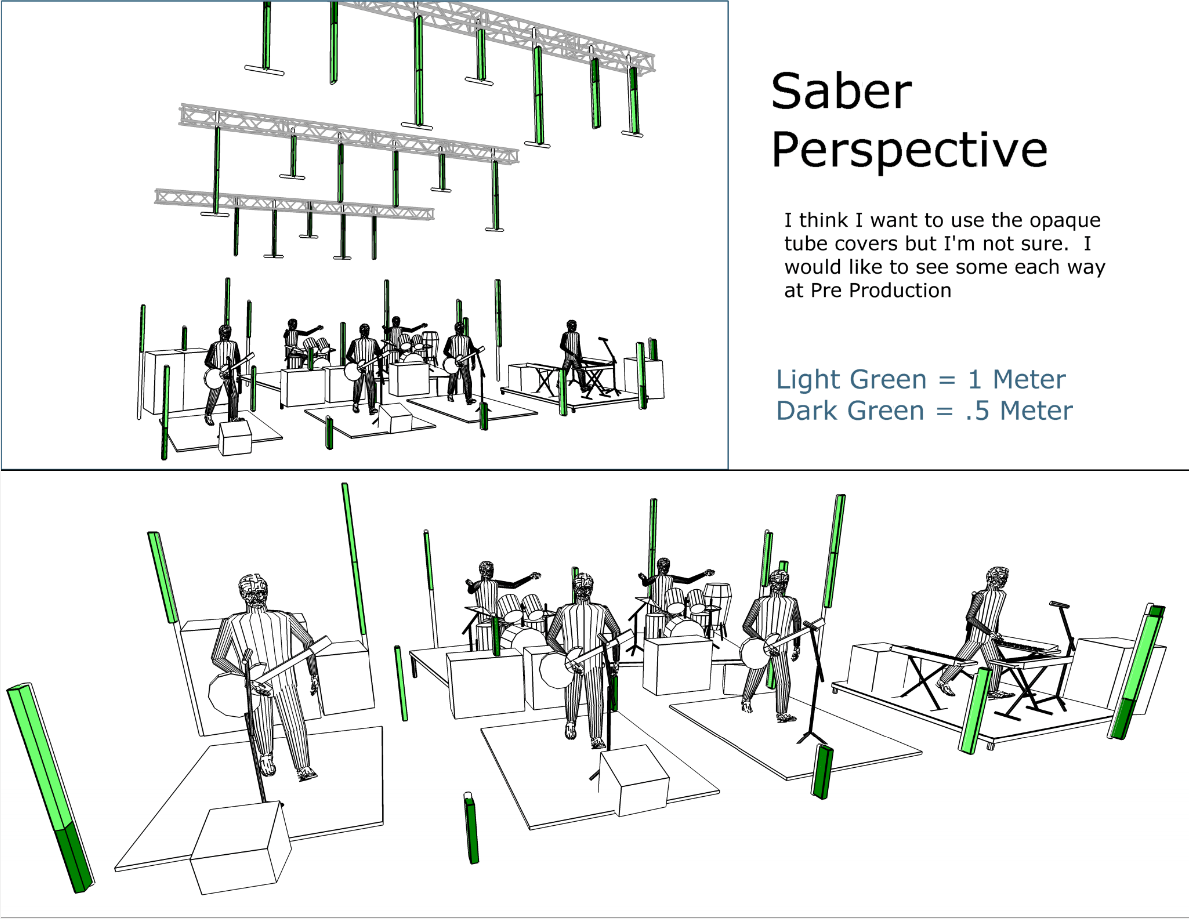 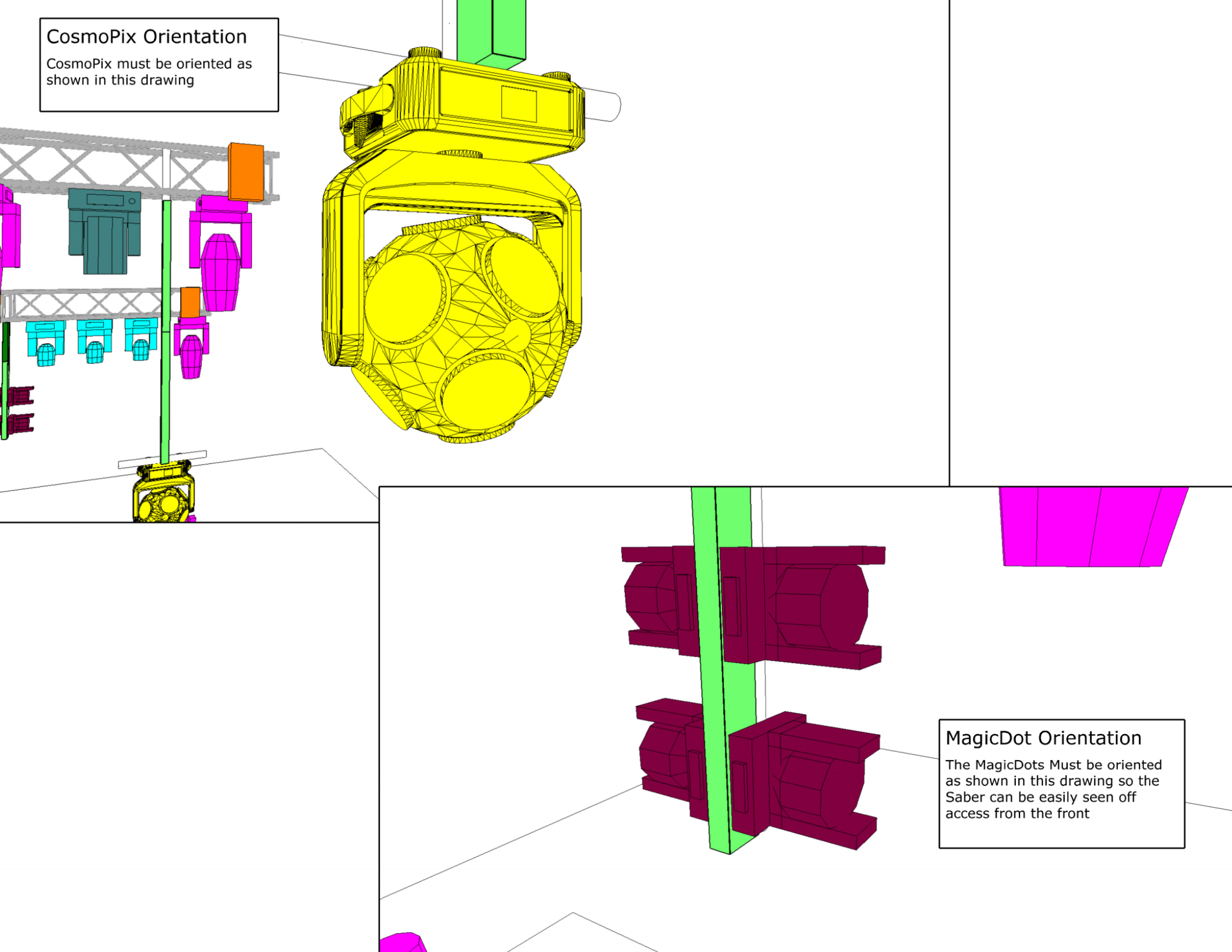 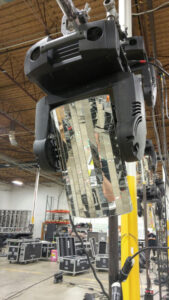