This show was one of those that had multiple show stopping issues and there were times those issues felt insurmountable but we just kept figuring them out one by one and made it work.  I don’t remember the specifics but some part of the circle truss was bad so we had to get one shipped in last minute and the grid I had designed to hold the Ayrton DreamPanel  Twin wasn’t really strong enough to build flat and then hoist it vertical so we had to build it and then hang them.  In retrospect the problem with this design was apparent from the beginning but I was just looking for something new to add to this design for new years and the product didn’t do what I had hoped.  The part I should have known was the gaps between the fixtures were too large but to allow them to move they were as close as we could get them.  The part I didn’t know is that having that many of them on one network was going to create a lot of problems.  The issues initially showed up when flipping them from lighting to video sides as they wouldn’t all go at the same time or the same rate, or occasionally not at all.  You can see this on the videos of these shows although I tried to hide it with dimmers as much as possible.  The issue showed up in a lot of ways throughout the shows but the truth is the video didn’t work primarily because of the gaps so I just turned it off most of the time and showcased the light rig.  This might be the first show with the Ayrton AlienPix-R which is the most unique and complex fixture I have every worked with.  I also switched out Clay Paky Sharpy to Martin Axiom Hybrid and changed the downstage wash to Martin Viper and went from Martin Atomic Strobe to the SGM Q-7 LED Strobe.  I also got to try out 7 of the Ayrton MagicBurst which is probably the brightest LED thing ever created. 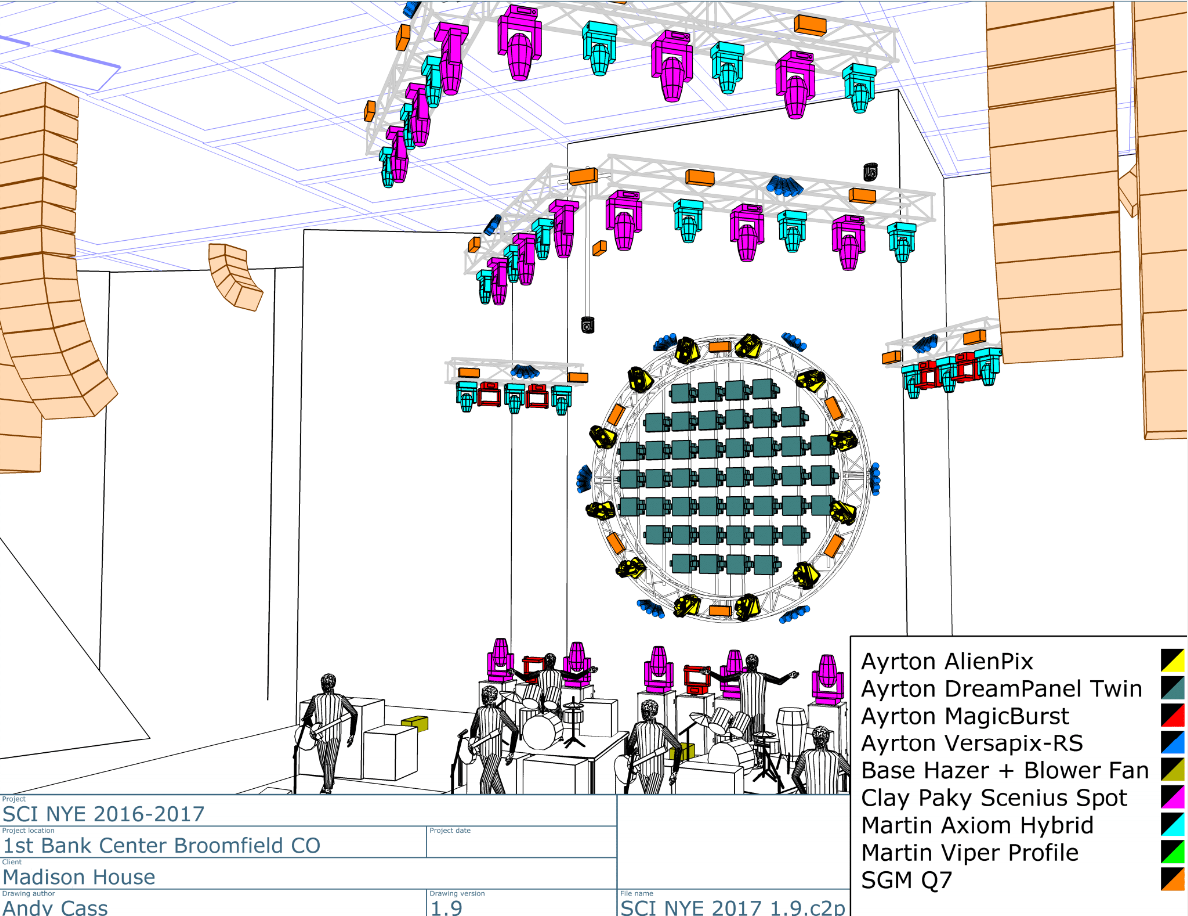 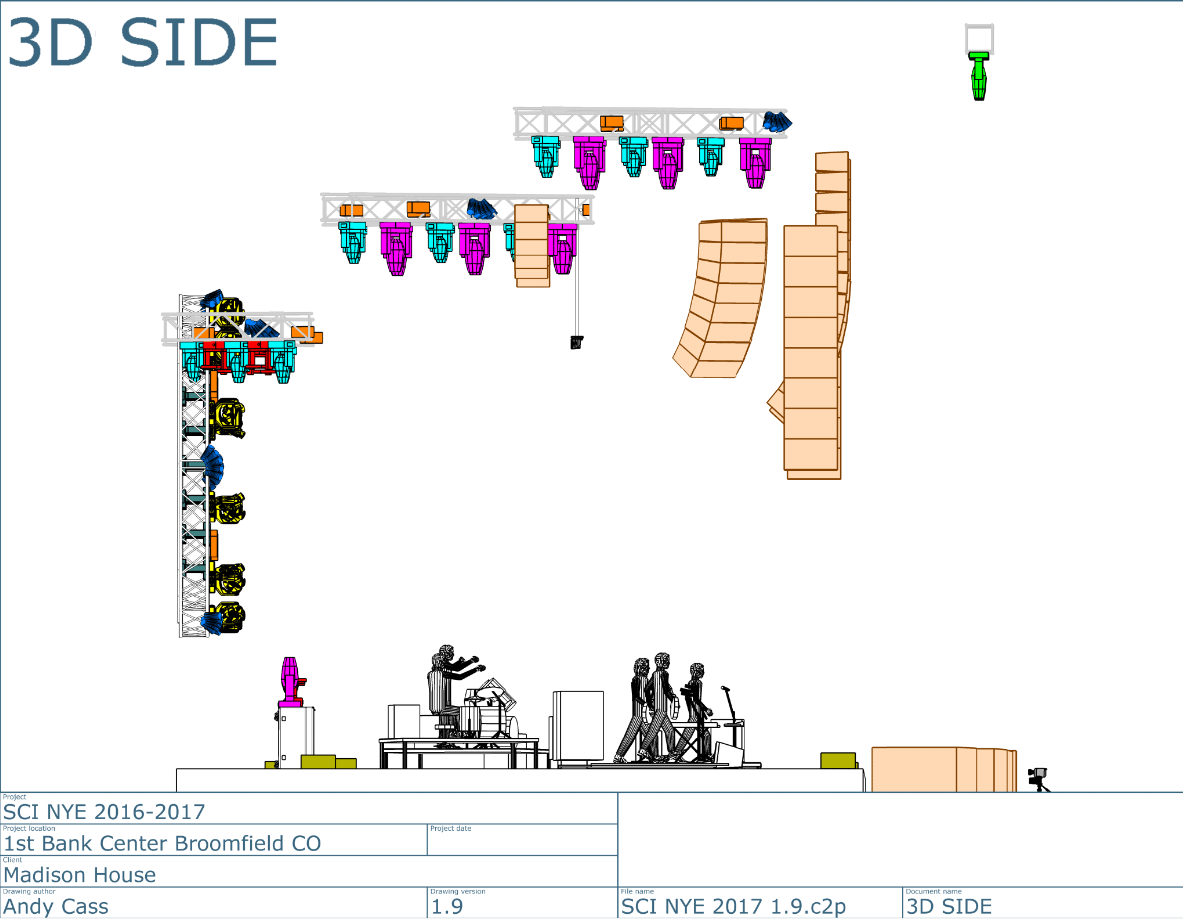 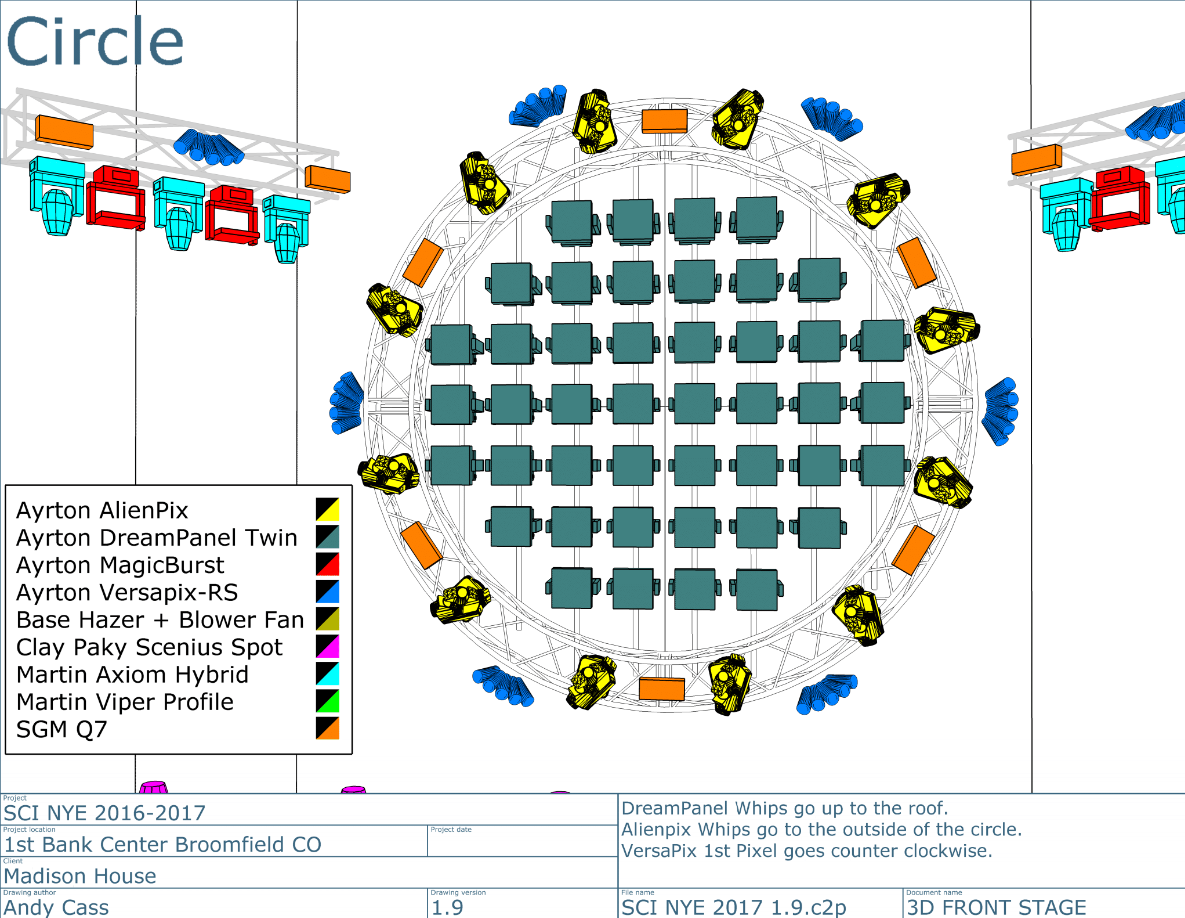 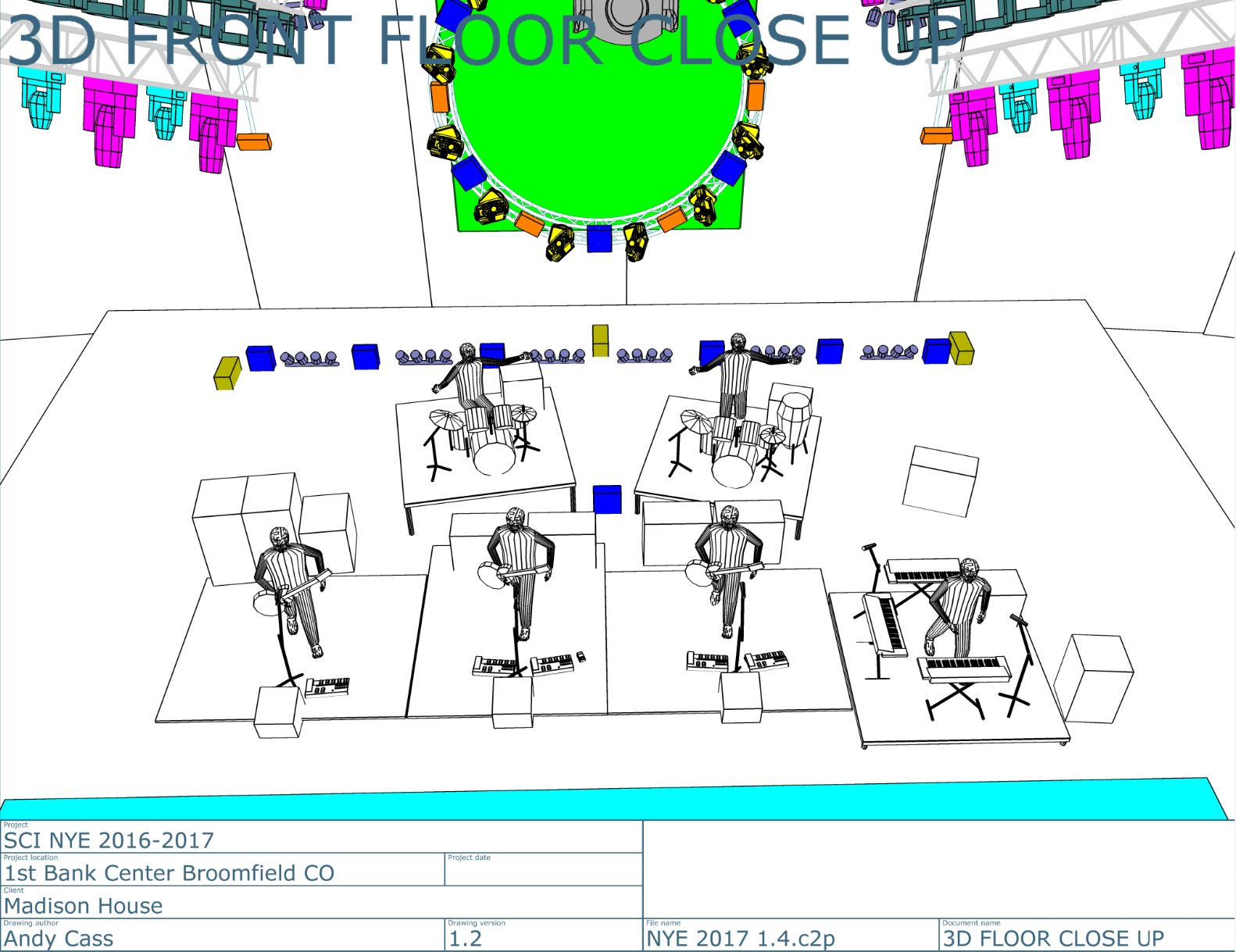