Looking back on this rig I realize now it ended up being an odd combination of fixtures because it was split between different vendors.  This was also my first really proficient use of the camera system and the first time I started hanging cameras over the keyboard rig.  This was probably one of my last uses of the Clay Paky Sharpy which was a pioneer in the beam category but was becoming outdated by this point by newer color mixing beam fixtures.  This was my first tour with the Clay Paky Scenius Spot which is still my favorite spot to this day primarily because of its gobo package and optics.  The Ayrton VersaPix-R was my attempt at an LED ACL concept but they were never really bright enough to cut past the video and the Scenius Spot.  I remember constantly struggling with getting enough light out of the Ayrton NandoBeam as front light for the camera this tour and I doubled them up at some point.

I think all the photos are from Brian Spady but I’m not sure. 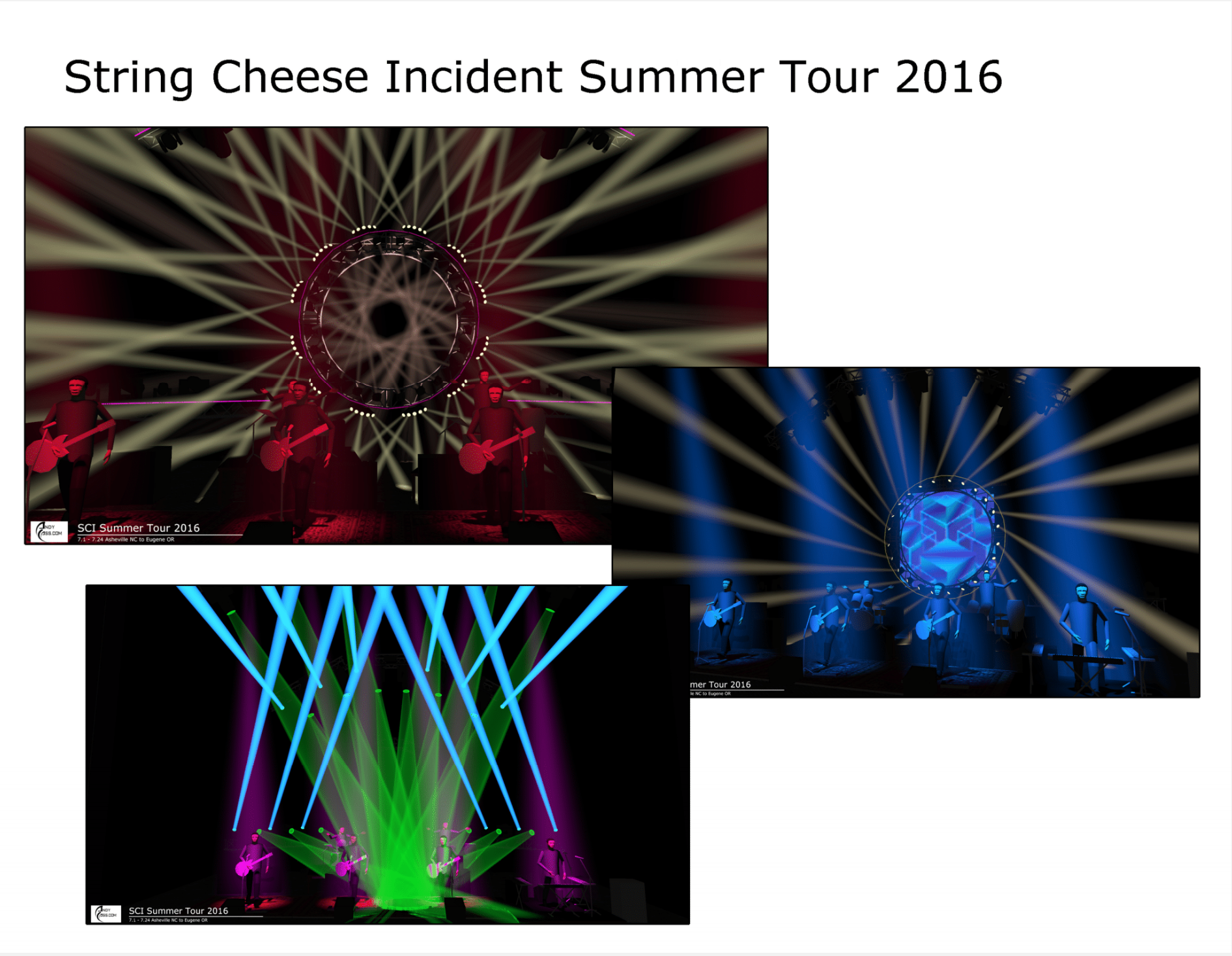 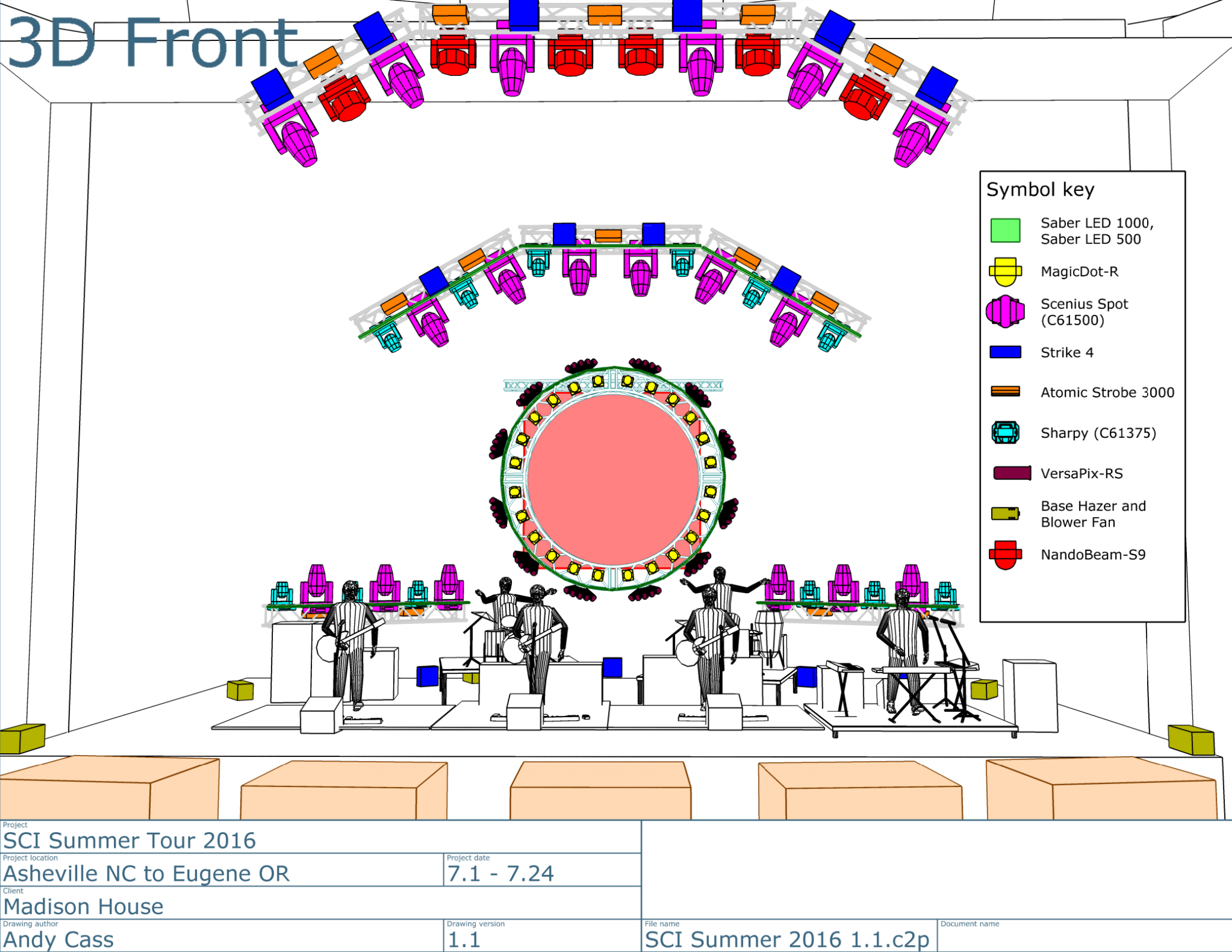 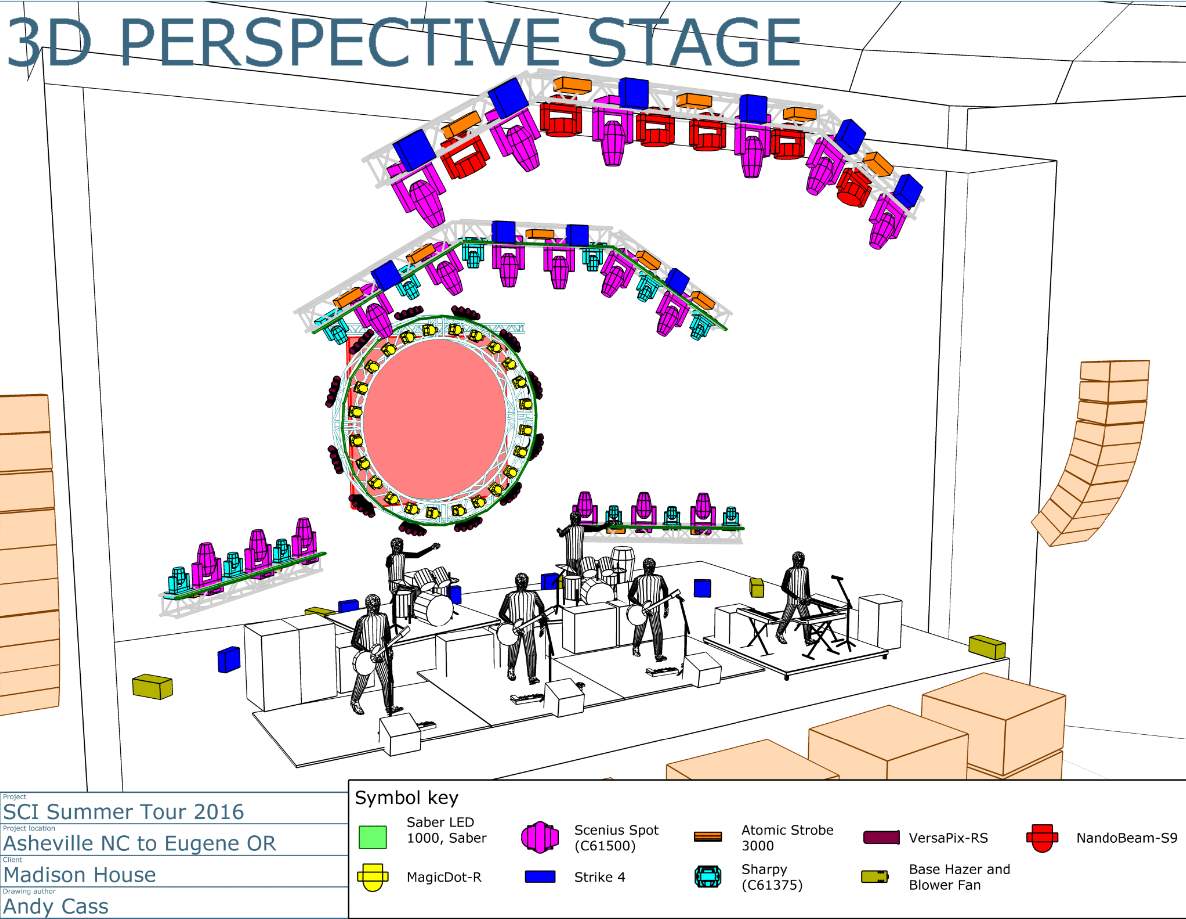 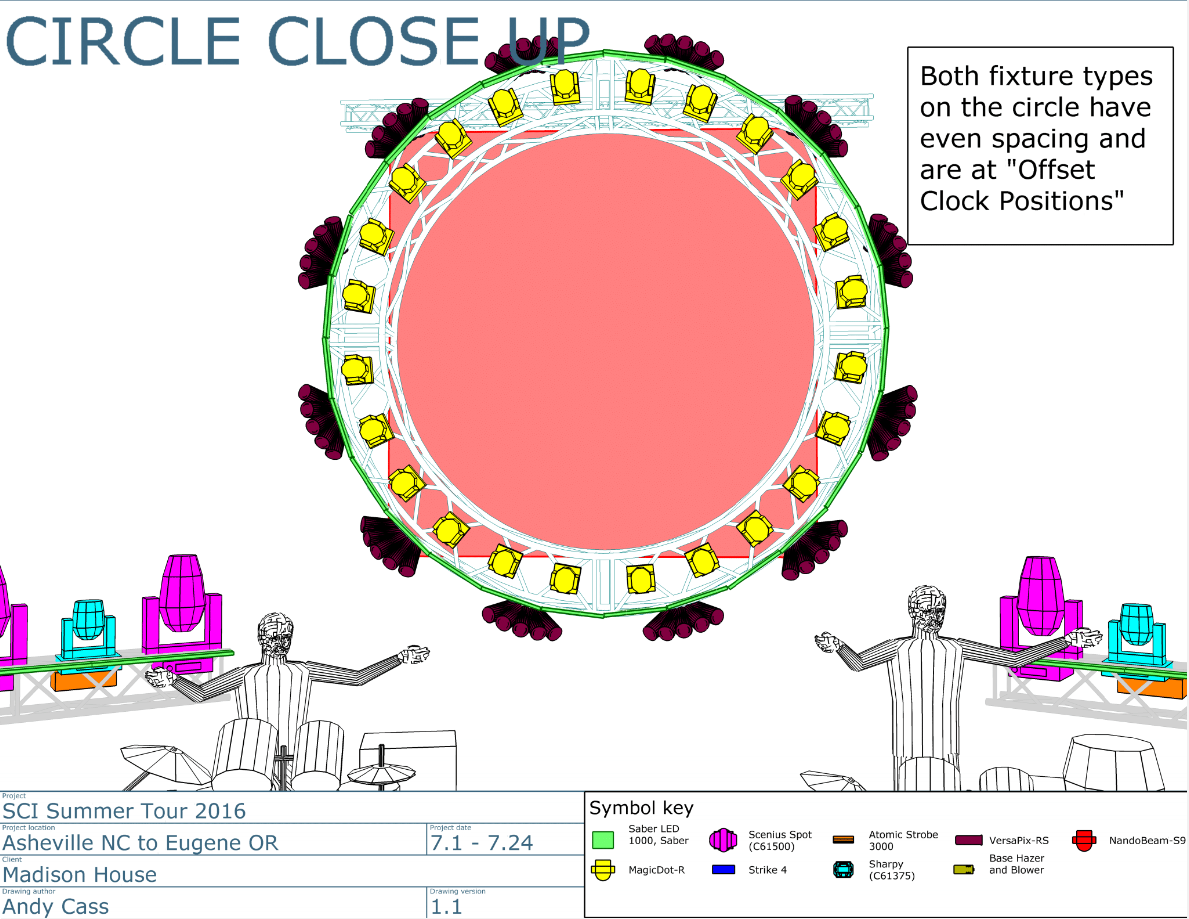 All Photos by Brian Spady.  I think.